Get fresh music recommendations delivered to your inbox every Friday.

She'll Be Comin Round The Mountain

from Covers From the Road by Ordinary Time 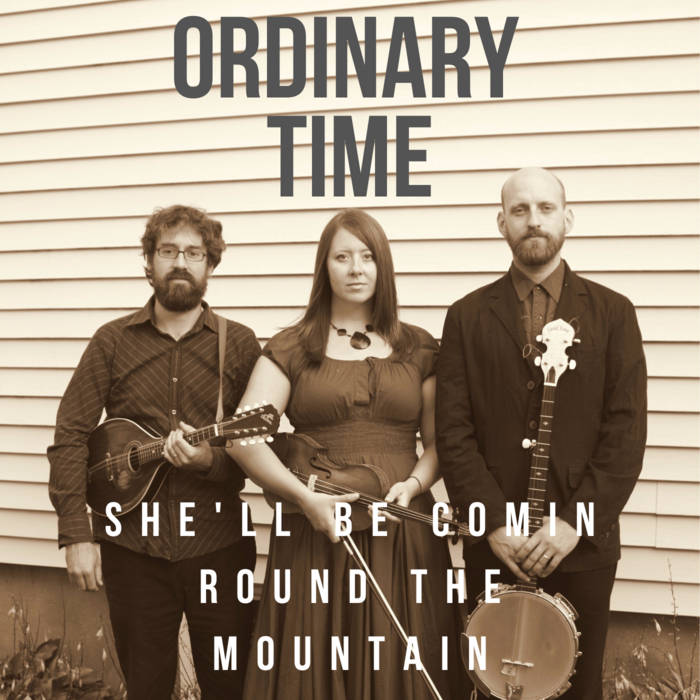 She’ll Be Comin’ Round the Mountain Ben Keyes

‘She’ll Be Comin’ Round the Mountain’ is an old American folk song with an interesting history. As with many old folk songs, the question of authorship is murky. The familiar children’s version that most people know today is the end result of a long evolutionary process.

It is widely agreed that ‘She’ll Be Comin’ Round the Mountain’ originated with the early African-American spiritual ‘When the Chariot Comes’ which was published in William Eleazar Barton’s 1899 songbook “Old Plantation Hymns.” This song is about the second coming of Christ who the lyrics depict as riding a chariot. The word ‘she’ refers to the chariot itself. Because of its origins in the slave community and the lack of biblical passages depicting Jesus in a chariot, some have conjectured that ‘When the Chariot Comes’ contained a hidden reference to the underground railroad. Certainly many other negro spirituals combined the longing for the freedom of heaven with the coded message of intent to escape to freedom in this life. Perhaps ‘When the Chariot Comes’ is one of these songs.

Because of the adaptable nature of the music and words, the song began to change in the early 20th century to suit people in ‘non-religious’ contexts. It became a song sung by railroad workers in which ‘she’ was a locomotive, and by coal miners hoping for deliverance from the miner’s labor union. In 1927 Carl Sandburg published what had already become a popular song in his book ‘The American Songbag.’ Since then, many people have recorded ‘She’ll be Comin’ Round the Mountain.’ It has been performed on many stages and around many campfires, and is a good example of the many cultural strands that join together to form American folk music.

I confess that as a child, I pictured an old woman careening around a mountain ridge in a horse drawn carriage, her hands overflowing with chicken dumplings. How did she keep hold of the reins? I don’t know. But who could resist going out to meet her?

from Covers From the Road, track released February 5, 2021

They met in a “History of Christian Worship” class in seminary, where they discovered a shared love for old songs in danger of being forgotten. The band’s oeuvre seamlessly weaves the hymns of generations past with their own new songs—often indistinguishably—producing a
sound that ranges from bluegrass-tinged Americana to sacred harp hymn arrangements. ... more